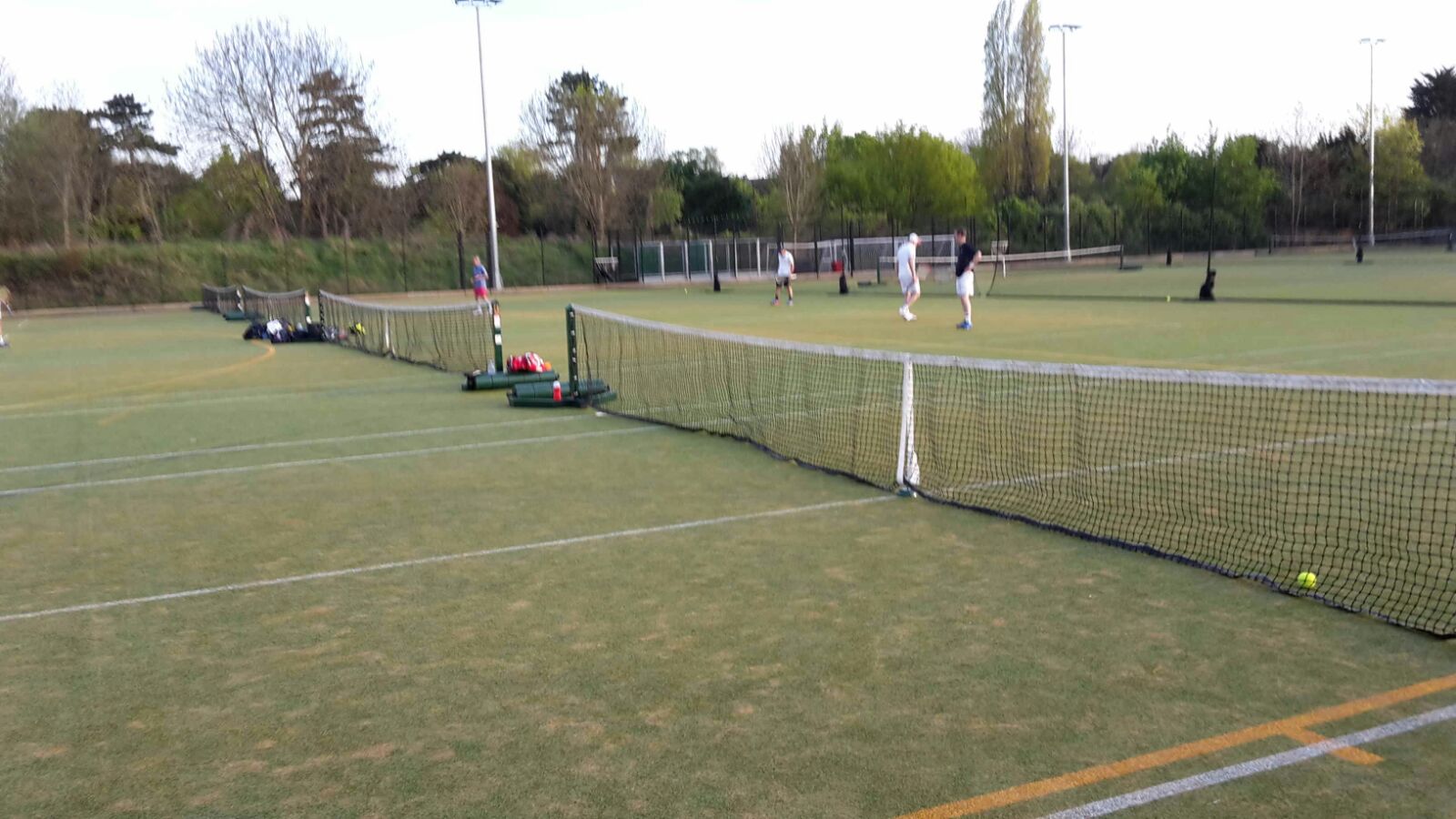 The men’s second team’s first match of the season was an away fixture against the Old Boys of University College School. The match look place at the UCS playing fields in moderately clement weather with only occasional breezes.

The match was played entirely in good humour, in spite of the unusually sandy courts which both teams took a while to get used to. On the plus side it was easy to see where the balls landed due to the slight eruption from the court.

After a slight tiff the night before, Tim and Philip combined wonderfully on court. They put their differences to one side for the sake of the second team, and recorded an almost faultless performance. They came up against one of this season’s new rules: no tiebreaks at 6-6.

Having been out of action due to shoulder injuries, Marcio made his comeback with Dan. They both performed excellently well – in a previously untried partnership – with Marcio’s serve surprisingly being his most consistent shot in spite of a month of shoulder massages and not raising his arm above the horizontal… They dropped just one set 5-7 against the tricky second pair, but picked themselves up to romp to a 6-3 6-0 victory at the end.

James and Greg started strongly, which was a relief. The first two sets were won with the loss of a single game. The third set was delicately in the balance at 4-4 with opportunities for UCS to steal a march and go 5-4 ahead. Having overcome this little wobble, Greg and James closed it out in typically ruthless style. Beers were waiting.

The second team’s next fixture on May 16th, is another away match, this time against Brampton III.

The league results for all four teams can be seen here.